Hephaestus’s Perspective:
It seemed like another day, another betrayal for Hephaestus after he found out that his wife; the beautiful goddess Aphrodite had partaken in another shameful affair. Furious and jaded by his wife’s dishonourable promiscuity, Hephaestus travelled to Earth to seek some way to quench his rage.
It was on Earth that he found a beautiful young woman named Rosanna; who rivalled Aphrodite in beauty; except for the fact she was blind, the scars on her face showed the trauma she had been through. The scarred but beautiful Rosanna was being attacked by a group of mortal men who decided to take advantage of her blind and helpless state. It was at this point that Hephaestus’s raging blood boiled over and he smote the mortals for their crimes; leaving none alive and protecting this mortal woman. Rosanna who was unable to see the misshapen face of her saviour sought to repay her kind and strong protector.
The next morning when Hephaestus’s rage and lust had subsided he returned to Olympus in shame of the fact that he had cheated on Aphrodite and became as bad as her. He vowed to never let anyone find out about his indiscretion and as such vowed to never visit his lover or his soon-to-be-born child, but instead watch over them.

Jonathan’s Perspective:
Growing up fatherless to a blind mother on Rifts Earth was a horrible life, but Jonathan tried to make the most of it. Unfortunately his life took a turn for the worst and he started getting rather friendly with certain elements of the Black Market in order to support himself and his crippled mother.
Jonathan had amazing skill with technology and the Black Market trained him to be especially good at ‘handling merchandise’ to make it fit for re-sale. He always knew he was different, he was strong; inhumanly strong but he kept this hidden for fear of being called a demon or something. He knew he just had to keep his head low and become the best at his craft to make something decent in this pathetic life of his. By the time he was 16 his life was looking up, but then Hephaestus sought him out. Hephaestus told him about what he truly was and that he was a disgrace; the son of the mighty Hephaestus was a ‘hack’ and a ‘crook’. It was at this point that Jonathan who finally understood everything, took a swing at the mighty god.
His hit connected and sent the unsuspecting god flying across the street, Jonathan told Hephaestus that he was a coward for abandoning Rosanna. Hephaestus saw the same betrayal and rage burning within his son that he felt that fateful day he saved his dear Rosanna. With a cuss, Hephaestus told Jonathan to clean up his act of he was going to come back down and kick his ass.

Just over two years has passed since that fateful day. Jonathan still continues to work as a Refurbisher for the Black Market; partly because it is what he is best at and partly just out of spite for Hephaestus coming into his life and ordering him around, although he is looking for a change of pace. He wants to get out and see the rest of the world. He knows that between his skills and being the son of a god he can handle anything the world can through at him. 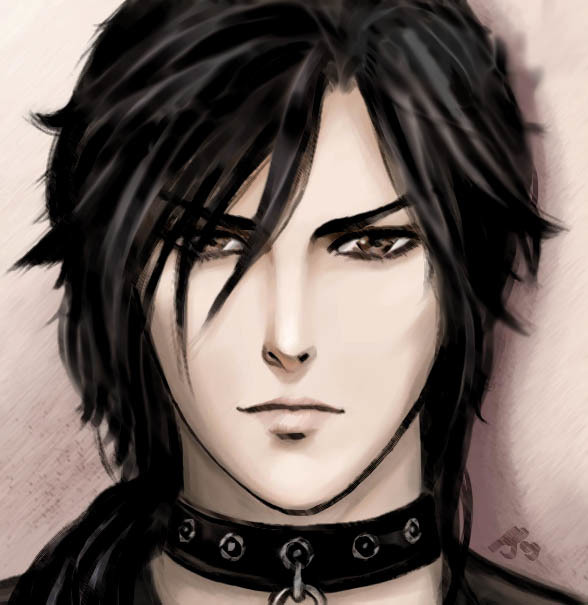