Alignment: Anarchist
Motivation: No motivation at this time due to Amnesia
Disposition: Nice and bubbly personality to be around, but can switch to being cold and heartless at a drop of a pin
Race/R.C.C.: Human
Sex: Female
Age: 18
Height: 5ft 8 inches
Weight: 49kg
Appearance: Athletic and curvy, medium size bust.
O.C.C.: Crazy
Level of Experience: 1
Current Experience: 0 / 2,140
Affiliations/Factions:
Attributes: I.Q. 23, M.E. 8, M.A. 13, P.S. 22 (Augmented), P.P. 19, P.E. 18, P.B. 14, SPD. 44
Attribute Bonuses/Penalties: + 9% to all skills, + 7 damage + 2 strike, parry and Dodge, + 6% save vs. Coma/Death + 2 save vs Magic/poison,
Hit Points: 42
S.D.C.: 134
M.D.C.: Only by Armour
Horror Factor:
P.P.E.: 13
I.S.P.: 27
Attacks/Actions per Melee: 5
Combat Bonuses: + 2 to Initiative + 2 Strike ( + 1 with a Sword or Knife) + 3 Pull Punch, + 9 Roll with Impact, Automatic Dodge + 3, + 2 to dodge
Resistance/Saving Throw Bonuses: + 3 to perception, + 4 save vs Disease, + 4 save vs Drugs, + 6 save vs Mind Control, + 3 save vs Psionics, + 21% save vs coma and death
Natural Abilities:
Birthrights:
Amnesia: The character no longer remembers their past. It might be that they were once a great sorcerer or deity stripped of their memories and powers or they might be a simple unwitting fool that got a knock on the head and lost all their memories. Either way, the characters lack of a past is much more of a disadvantage than one might first think. First, the character cannot start play with any clear ties to their past; perhaps save a trinket or weapon, certainly no living person(s). Which means the character starts play with no friends, nowhere to spend their time between adventures, and no real or clear direction in their life. They are a clean slate ready to be remade/reshaped by the world. Lastly, the character may have enemies he or she is not aware of that are seeking his or her destruction.
Jack of All Trades:
Wildman: The character might not have a natural affinity for nature (or they may!) but they are most at home in the deep wilds. They were very likely raised in the wilderness or have nature in their blood. Penalties: Characters with this birthright can thrive in urban environments but their movements are often seen as ape-like or primitive by more refined members of society (-15% on all social rolls with NPCs of higher social standing than the character; at least until they get to know him/her). Penalties: In addition to the absence of a history, being an impressionable blank slate, and the possibility that the character is a wanted fugitive or has powerful enemies plotting against him or her, the character reduces the number of Related Skills and Secondary skills known at first level by half (rounded down). Furthermore, discovering particularly traumatic memories/uncomfortable revelations such as their former self committed many acts contrary to their current moral code or alignment, count as Horror Factor 16 to the character.
Fearless(2): Impervious to effects of Horror Factor.
Special O.C.C. Abilities
Super Endurance: Can Lift and Carry Twice as much as a normal person of equivalent strength and endurance and can last 10 times longer before feeling the effects of exaustion. Can remain alert and operate at full efficiency for up to 3 days without sleep. Only need 4 hours of sleep per day to function at full Capacity
Increased Speed: Can leap 20 feet across and 15 feet high after a short run (half that distance from a dead stop)
Enhanced Senses:
Enhanced Vision: Perfect 20/20 vision and exceptional long-range, hawk-like vision can read a small sign or recognize a face from up to two miles away when concentrating
Enhanced Hearing: Can hear a whisper or twig snap under foot up to 300 feet away.
Enhanced Sense of smell: Can instantly Recognize odors (65%) Recognize a person by scent like a dog (25%) and even track by smell (30%) Provided the scent is not more than two hours old.
Enhanced sense of taste: Can taste for specific flavour, discern specific ingredients and tell if a drink or food has been poisoned, drugged or is spoiled. (55%) + 20% if has a telltale taste or odor.
Enhanced healing:
Heals twice as fast as normal. Impervious to pain until down to 10 hit points.
Bio – Regeneration:
Stopping to slip into a meditative trance, While in the trance is completely vulnerable cannot move or take any action regenerates 2d6 hit points and 3d6 S.D.C, stops bleeding and close wounds in 2d4 minutes. An extended period of six hours will restore all S.D.C and an additional 4d6 Hit points.
O.C.C. Skills
Language: American: 98%
Language: Spanish: 74%
Climb: 74%/64%
Dance: 54%
Detect Ambush: 49%
Detect Concealment: 49%
Electronic Countermeasures: 49%
Escape Artist: 49%
Gymnastics:
Backflip: 98%
Sense of Balance: 98%
Work Parallel bars % rings: 89%
Climp Rope/Rappel: 89%
Prowl: 59%
Radio Basic: 64%
Streetwise: 39%
Tailing: 54%
Swimming: 79%
Land Navigation: 55%
W.P Sword
W.P Chain
W.P Energy Rifle
W.P Shotgun
W.P Energy Pistol
O.C.C. Related Skills:
Dowsing: 34%
Literacy: American: 54%
Astronomy & Navigation: 39%
Secondary Skills:
Running
W.P Archery
Ropeworks: 49%
Salvage: 44%
Maths Basic: 54%
Fencing
Outdoorsmanship
Blend 28%
Wilderness Survival: 50%
Magical Knowledge: None
Spell Strength: Not applicable
Psionic Powers: Minor Psychic
Resist Hunger (4), Resist Thirst (6), Sixth Sense (2)
Vulnerabilities:
Armor: Branaghan EBA Armor M.D.C.: Helmet: 40. MainBody: 75(+ 28 withovercoat). Arms: 28 each(+ 8 withovercoat).Legs: 38 each (+ 12 withovercoat) Mobility: – 10% Climb, – 20% Prowl, Gymnastics, acrobatics and other such skills. Additional – 5% if overcoat is worn
Weapons: Vibro Kusari-gama: 2D6 M.D.C (chain and weighted end are S.D.C Weapons 1D6 S.D.C)+ 3 to strike, + 2 to Parry , Vibro Sword: 3D6 M.D + 4 to strike, + 3 to parry, Q1-02 “Stopper” Ion Pistol 4D6+4 M.D Per single blast can’t fire burst Range: 200 feet, 12 shots per E-clip + 1 to Strike, NG-IP7 Ion Pulse Rifle: 3D6 M.D Single shot or 3 round burst 1D4x10 M.D Range 1,600 feet 18 shots per standard e-clip + 0 to Strike
Equipment: Medium M.D.C Armour. Set of dress clothing, a set of black clothing for covert operations, gas mask with air filter, tinted goggles, hatchet for cutting wood (1d6 S.D.C Damage), 3 Knives (1d6 S.D.C Damage), Vibro Knife (1d6 Damage), 12 e-clips, tent, knapsack, backpack, saddlebags, two canteens, emergency food rations (2 weeks supplies), Geiger counter and personal effects
Money: 1,100 Credits, Black market item worth 4,000 credits
Personal items:
Conch shell
Harp
Hourglass with lime green liquid
Handheld bell
Set of money scales
12 sided die
Portable mini fridge
Iron pot
Moisture condenser
3 of hearts (playing card) 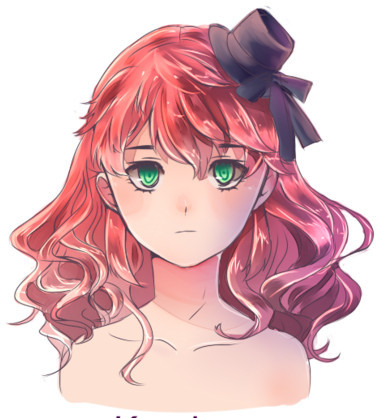