Aldora is the daughter of Perseus “Pegasus” Aerihman and his youngest wife Princess Adava Aerihza. However, the young Atlantean was not conceived in an act of love but as a key part of the Bennu Conspiracy. A complex thousand year scheme wherein Pegasus set out to destroy Atlantis so it would at long last be free from the influence of those who would misuse its power. Aldora’s purpose in the plan was to serve as the psychic focal point for the destruction and rebirth of the Megaverse. However while still a young child, Splugorth spies learned of Aldora’s existence, and as a test of Pegasus’s the young girl was forced in a cruel life of slavery and violent battle.

Bound by his farce and unwilling to tip his hand, Pegasus allowed his daughter to live out the brutal life of a gladiator, assuring that her victories did not draw unwanted attention and that her defeats would never result in her death. Additionally, to keep the project veiled he had the small girl’s memories erased and rewritten by Thorgan the Mind Bleeder, and reinvented as Claire Parker.

After a decade of Gladiatorial matches, Pegasus arranged for Claire’s training and ordered a group of specially trained Sunaj with the designation Yjorm to observe her and shape her development in accordance with his plans. During this time, the Yjorm would arrange for Claire to meet with actors posing as her parents and then orchestrate their deaths in an effort to build within in her a deep sense of insurmountable rage.

Having tasted freedom and unlocked the beginnings of her powers with aid of the psychological catalysts, Aldora (now “Claire”) was recaptured by the Splugorth Slaver Zarm and then sold back to her original Kittani keeper Gorym. Like the dying flame kindled within her, Claire withdrew deep into herself, becoming weak and obedient as she had been in her early youth. Unsatisfied, with this result Pegasus arranged for a series of humiliating loses that he had hoped would drive the young girl into the theta-state necessary to reach cosmic-ignition. Though, this too proved unsuccessful. Frustrated at his daughter’s likeness to her deceased mother and submissive attitude, Pegasus arranged for the fallen gladiator to be relocated to Paradise City in Madhaven where he could manipulate events further beneath the notice of Lord Splynncryth. While there Pegasus engineered her escape with the hope that unforseen factors would allow for his daughter to access the theta-state necessary for the completion of the Bennu Conspiracy. Once more, the Yjorm were deployed as invisible keepers to ensure that the young Burster would not die. Though, even as a free spirit Claire continued to turn the other cheek. Even tolerating her own rape without resistance and unwittingly bringing shame onto the Aerihman Clan.

Honor demanded that Claire pay for her allowing one without her father’s blessing to lay with her. However, Pegasus could not punish his daughter without revealing her heritage and alerting the Splugorth to her location. As a result, he engineered a series of tests where he would choose a new daughter that could act on his behalf to defeat and disgrace her.

In the months that would follow, Claire would face countless challenges and be targeted multiple times by Splugorth Minions and their diabolic ilk, yet regardless she remained without hatred in her heart. Infuriated, that his daughter would show such weakness and with his window of opportunity rapidly closing, Pegasus deployed his new daughter ‘Rachel Ariah’ to befriend and observe Claire so that she would earn her trust and be in a position to capture her on his order.

After twelve months of facing impossible odds together and forming a powerful friendship, Rachel was activated and forced to choose between her adopted father and her new friend. The mounting tensions, lead to conflict and a heated battle between Rachel and Claire that resulted in the activation of the theta-state as per Pegasus’s initial design. Defeating Rachel, Claire was seized by the Yjorm and then abducted through a dimensional portal where she was imprisoned in a crystal sarcophagus and her power harnessed to initiate the Bennu Conspiracy and grand scale dimensional collapse.

Unfortunately, unpredictable interference from the Book of Heroes and a Wayward Ley Line Walker foiled Pegasus’s plan and saved the Megaverse. With the Bennu Conspiracy exposed and Pegasus slain, Lord Splynncryth disassembled the rogue Atlantean’s powerbase and Claire, now knowing the truth of her origins, was transported back to Rifts Earth by the Pantheons of the Megaverse; where she would be safe from those who would attempt to harness her volatile theta-state any further. 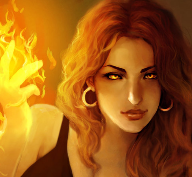