Born to a well-to-do family that resided within Center’s illustrious Manors, Proteus’s down syndrome was something of a faux pas, considered doubly so by his very own father: a famous sleuth that made a living of his respectable intelligence. Although the family took every precaution Center’s vast medical sciences provided, it seemed Proteus’s fate could not be altered; at least not before his birth. Never willing to accept the bleak outlook that lay before his mentally challenged son, Proteus’s father turned to the only force within the system which had the means to cure him of his down syndrome, the Gene-Tech.

As with any faustian deal worth noting, Proteus’s restored mental faculties came with a cost. Although his mind seemed restored, his body lay in ruins – not only had he been deformed, twisted into a monstrous wreck that seemed doubly as inhuman as his once inferior mind had seemed to his father, but the boy was now a cripple; his body little more than a grotesque prison to trap a now fully aware mind.
Although he would never admit it, Proteus’s father would forever regret his inability to accept his son for what he was prior to the Gene-Tech’s intervention and as a means to shroud his guilt, he would forever focus on the boy’s emerging brilliance in order to convince himself that he had done right by his son. Clinging to his own delusion, as soon as the first psychic anomalies started converging around young Proteus, his father spent a fortune implanting psionic-enhancing cybernetics into an illegally young child in the hopes that Proteus’s development would be moulded by a plethora of mental gifts and not his obvious physical flaws. Seemingly, his plan worked.

At the age of two, Proteus’s mind seemed to have matured to levels comparable with an adult male although strangely, his body never seemed to change at all. Too monstrous to ever face the public, Proteus was confined to the manor and the responsibility of his education was left to his father and an arsenal of authors whos lives works served as Proteus’s only link to the outside world. With no other influences to spare, Proteus had no path to walk other than the one provided by his father, the life of a a sleuth the only option available to him but one he never condemned nor criticized. Actually, it was obvious to Proteus’s father’s keen deductive mind that Proteus never found fault in anything – his superior mind seemed beyond normal human limits, reducing his sense of empathy and ability to relate to the human ego to a level as far removed as the physical.

Regardless of the many ailments that plagued Proteus’s life, it wasn’t long before he had forged his own path, becoming a respectable Sleuth in his own right and in many ways, already superior and more renowned than his father. Still unable to risk the fallout of the revelations of his monstrous facade, Proteus never once left the confines of his home, always attending the powers that be via proxy, using mules and technology to serve as his eyes, ears and hands. 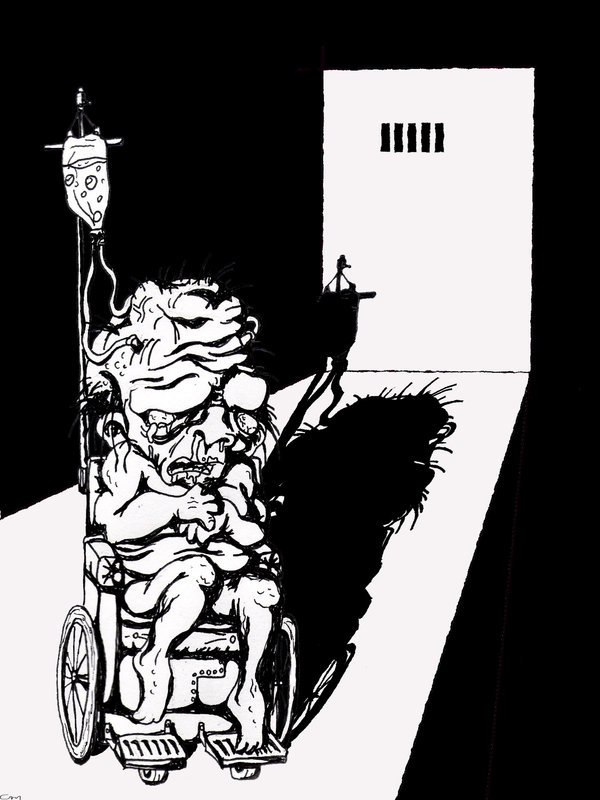