Blind but not Broken

Sandy the Seeing-Eye Dog:
Attributes: Speed 50, HP 15, SDC 17, HF 13 against Demons
Bonuses/Penalties: 4 Attacks per melee, + 3 Initiative, + 4 Strike, + 2 Dodge, – 4 save vs Magic, + 1 save vs Psionics, + 3 Save vs Horror
Damage: 2D4+2 SD (MD against Supernatural)
Natural Abilities: Nightvision 30’, prowl 45%, track by smell 80%, swim 65%, leap 4’ high and 6’ long, Demons can’t regenerate Dog damage within the first 30 minutes and have no combat bonuses against a dog.
Psionics: have the following instinctive Psionics, all at a 1000’ range: See the Invisible, Sense Evil, Sense Magic, Sixth Sense and Empathy
Special Attacks:
1. Pounce: Has a 50% chance of knockdown, the victim loses initiative and two actions if the dog remains on the victim, holding it down or continuing to bite if acting aggressively (only one action is lost if it is a simple knockdown).
2. Entangle: By biting on a hand or sleeve to keep a victim off balance, the dog can impose the following penalties: Initiative is lost, all combat bonuses are halved, -40% to all skill performance and the victim cannot run. The Entangle can be held for 1D6+6 minutes without having to readjust its grip. 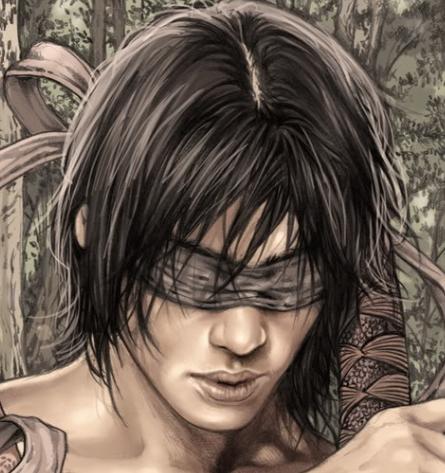