The Griffinblade Bracers are a set of metal bracers wrapped in leather and fur from an unknown animal, possibly a bear, lion, or some other large predator. Appearing etched onto the steel plate on the back of each hand is a heraldic representation of the Griffin, from which the bracers take their name (and possibly a portion of their magic). Those who don both bracers radiate an aura of majesty and confidence and seem to move with the serene grace of an eagle. Furthermore, simply by thinking two long alchemical blades appear from each wrist seemingly from thin-air (does not count as an attack/action). These blades are approximately 2.5 feet long and can be retracted into the bracers with the same speed and grace as they can be made to appear.

Magical Properties:
Awe Factor. Anyone wearing both bracers is enchanting to look upon and moves with the serene grace of an eagle, roll to save vs Awe (10 or higher) in when in its/their presence. If the person is remarkable in their own right (5th-10th level of experience) the effective Awe Factor becomes 14 instead. If the person is already something of a legend within their own right (11th-15th) the effective Awe Factor becomes 16 instead.
Resistance to Heat and Smoke: While worn the character can endure intense heat such as close proximity to a fire or the arid expanses of a desert for twice as long as normal before succumbing to heatstroke or smoke inhalation. Furthermore, smoke rich areas (such as inside burning buildings or ground zero for a smoke grenade) only inflict half the normal penalties.
Retractable Forearm Blades. By concentrating the two long sword blades spring from the wrist of each bracer making it a valuable tool for characters skilled in the use of Paired Weapons. Each blade inflicts 3D6 + 2 M.D. (or 3D6 + 2 S.D.C. on low magic worlds).
Cost: 1,031,680 credits. 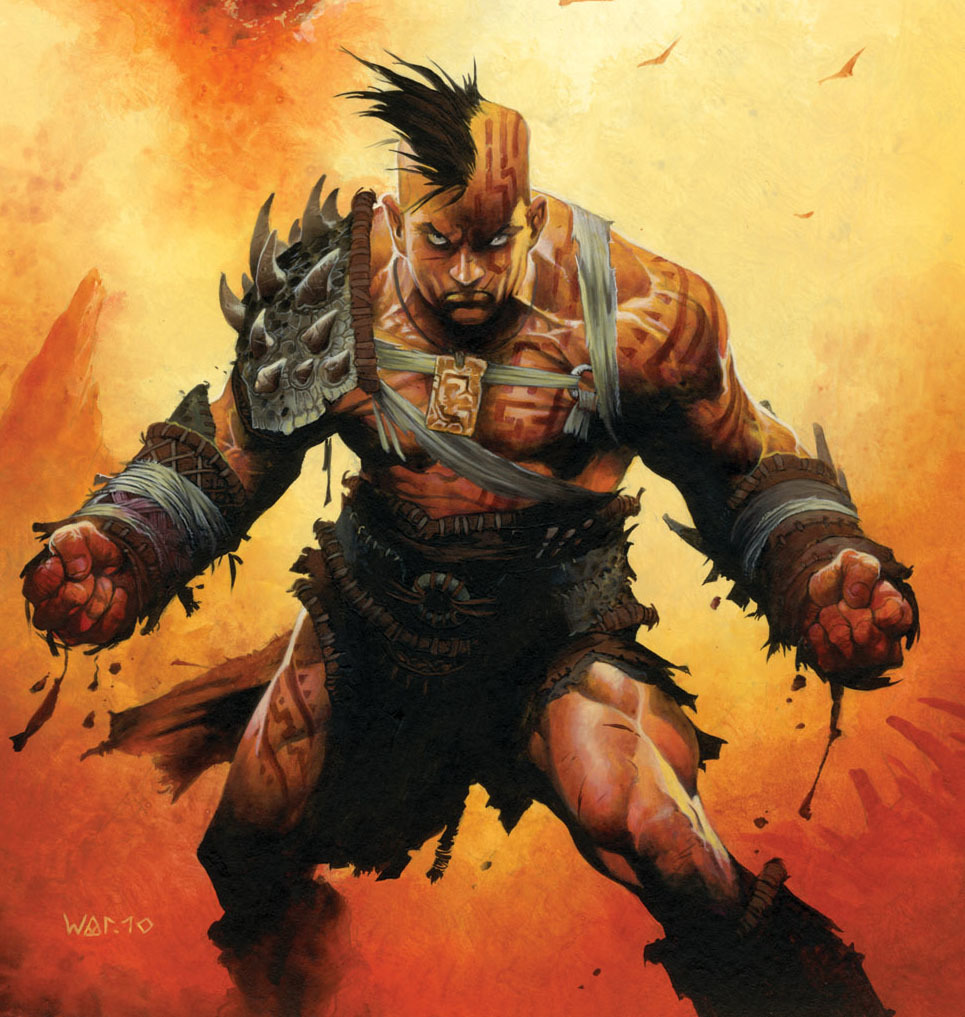