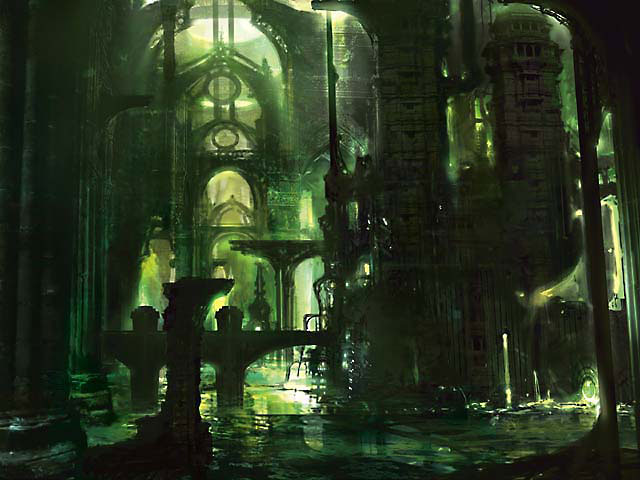 Ruling Class: Lord Ebirias (14th level Human High Magus); subsidiary of the Federation of Magic.
Motto: Dominance and Fire!
Capitol City: Douzor is a mid-sized city with quiet streets. There are two major districts: garden and residential. Visitors should be on the lookout for the city’s art, naturally beautiful landscape and lavish temples.
Flag: The flag is a gonfalon (banner) with two stripes of pale gold and bright scarlet. The emblem is a whip.
Description: This very large kingdom’s relations with their neighbors to the north east (21 miles travel to the mountaintop Kamath) are stable, while relations with the neighbors 12 miles to the East (Wilderness settlement of Arlington) are strained. They are bordered on three sides by dense wilderness. They are mocked for their local economy. The people follow various religions. They are sometimes troubled by severe weather and ley line storms. They frequently rebel against their political leaders; believing they should be an independent from the Federation of Magic and the tributary demands of Dweomer. They are far from the reach of the Coalition States and relatively isolated due to the dense marshlands and monster infested forests that surround them. Their biggest threats are raiders, roaming monsters (Aqua Hydras are particularly troublesome) and until recently the Broodkil. 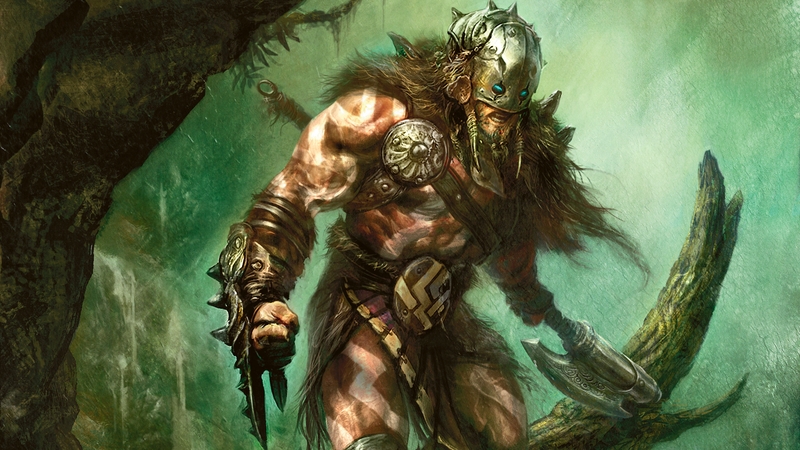 The Douzor militia is made up primarily of re-animated Barbarians raised from corpses scavenged from Florida following the 104 P.A. annihilation wave. Purchased by the Federation of Magic from southern traders, the bodies were distributed throughout the Northern Region and assigned to Douzer where they were reanimated and put to work. The undead Barbarians proved to ideal guardsmen and quickly earned a reputation for their ferocity and invulnerability. Although in recent years their numbers have begun to dwindle, the local men and women have begun styling themselves of the Barbarians to take advantage of their reputation. About 40% of modern Douzor Militiamen are not undead at all, but trained Combat Mages (as per Rifts®: Mercenary Adventures Book 5).

City Statistics
Population: 20,000; new city.
Population Breakdown: 78% are human, 20% are D-Bees and 2% are Dragons, Sphinxes and other Creatures of Magic.
Orientation and Disposition: Isolationists.
Size: New City
Weapons and Armor: Well Armed; 40% of the people in the community have an S.D.C. firearm and 6% have light M.D. weaponry. Every law officer and militia member has two S.D.C. weapons, a Vibro-Hatchet (1D6 M.D.) or Vibro-Axe (3D6 M.D.) and a medium Mega-Damage rifle. Way stations and guard towers are armed with heavy M.D. weaponry (Plasma Weaponry and Flame Throwers are most common).
Medicine: Basic.
Agriculture and Natural Resources: Good. Although the growth of the forest and surrounding marshland is a nuisance at times it offers a bounty of natural resources; crops thrive and there is abundance of fish and wildlife.
Real Estate/Land: Bad; surrounded by dense rapidly growing forest and marshlands. The wilderness surrounding Douzor is dangerous to those who are inexperienced or unskilled in the art of wilderness survival.
Vehicles and Fuel: Excellent; two Colossus Automatons (typically used for construction and city maintenance) and five TW Battle Skimmers (typically used for transporting important personnel or emergency troop deployment) and 1 in 10 civilians own personal transportation (quad-bikes and pick up trucks are the most common); 9 months supply in fuel reserves.
Administration and Social Structure: Strong Autocracy; Lord Ebirias (14th level Human High Magus); subsidiary of the Federation of Magic.
Alignment: Anarchist (60%) and Unprincipled (40%).
Magic: High Dark Magic.
Racial Tolerance: Extremely High Tolerance.
Trade: City Tech, but basic trade; a prosperous modern city with most modern amenities but has limited trade with Arlington, Kamath and scattered nearby communities. There is not much of a shopping or entertainment district and the locals (although accepting of D-Bees of all kinds) would prefer adventurers, mercenaries and the like go some place else. There are only a few scattered hotels, no chop shops, bionics trade or augmentation stations (no crazies or juicers). Trouble-makers will be escorted out of the city by the local militiamen.
Threats: Moderately Dangerous and Low Threats; the occasional shifter or necromancer gone mad with power and the occasional monster (Aqua Hydras and large predatory dinosaurs are rather common but easily dealt with. The main danger comes from the forest and marshlands and the magical rate which which they grow — if not tended to and burned back daily, they would quickly slow up the entire city in a year.
Skill level and Professionals: Vuseko (5th level Human Battle Magus; Head of Security), eleven deputies (Mnojší, Svotytotó Svujceju, Vymaropo, Bíjecií, Pamovde, Leúti, Madhoje, Venepo, Zloltuje, Restave Doblisud and Jsoudana Svocást; all are 4th level Human Enforcers) seven notable military leaders (Stazapojsem, Tytoteha, Zánciné, Mov, Sestumile, Sya and Vetady; all are 7th level Human Combat Mages) and Agoamorth (10th level Ogre Fire Warlock; Dweomer Watchdog)
The Community Overall: Educated; half are laborers, most others have some degree of a specialized trade in a profession, 54% are literate and 13% are full-fledged doctors, scientists or scholars).
Shelter: Excellent; 30% of all buildings are ironwood or enchanted stone with 100 M.D.C.
Security and Fighting Force:Mixed Fighting Force; one 5th level security officer with eleven 4th level deputies, seven level 7th level military leaders, trained Douzor Militia Men Company; 160 men strong (96 are Barbarian Zombies and the remaining 64 are 3rd level Combat Mages), three 3rd level Bursters, five 6th level Fire Warlocks and a squad of 10 Battle Magus Controllers with Fire Demon Automatons, 4,000 civilian militia; in a pinch an additional 4,000 civilians will take up arms.
Power/Energy: Low; crude wood burning furnaces provide several hours of lighting at night and energy to run light and medium machines. Often relies on the mystic arts and magical automatons over conventional technology. Techno-Wizardry is a popular alternative technology but is virtually non-existent due to the regions poor trade and economy.
Special Features: Country Maps (up-to-date maps of the local marshlands and trade routes) and a non-interference pact with the local Broodkil tribes.

Notable Locations
Burning Line: The burning line is the local name for the area of burn off surrounding Douzer. It is easily identifiable by a large ring of ash. It is typically tended to by vagrants, convicts and thankless civil servants. It is very tedious work and no one enjoys working the line.
McClaren Homestead: Located 1.8 miles (3 km from Douzor) though monster-infested wilderness, the McClaren homestead is a small family lodge sitting located at the center of a large swamp. The house itself is currently dilapidated and in massive need of repair. Update pending following next game session.
Wood Turkey Inn: A modest hotel near southern outskirts of Douzer near the Burning Line. It is run by Irelien Foster and on Saturday nights doubles as a strip club for women.